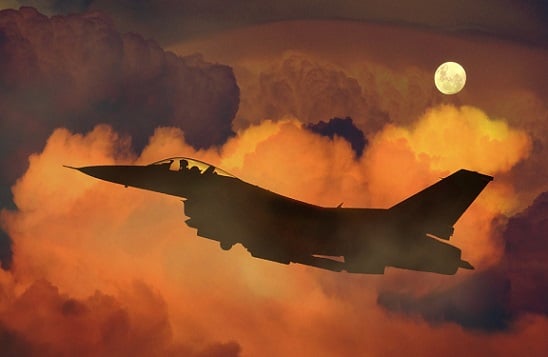 Let's face it – the aerospace industry rarely sits back on its laurels. The industry is one of the most forward-thinking of any, largely because much of it is driven by the demand to stay one step ahead of competitors. This is just as much in evidence with defence as it is with civil aviation. What are the likely big trends that will shape the industry in 2019?

There has been much talk of how aircraft will be able to communicate with one another in the future. Expect systems developers to enhance real-time data communications systems between aeroplanes, which will afford pilots access to up-to-date information on the status of every aircraft in the vicinity of their flight path. This technology will also impact on how drones autonomously communicate with one another, enabling “swarming” behaviour for offence and defence on the battlefield.

The industry has long sought the brightest and best engineers from around the world. As international tensions increase, expect the sector to engage more with growing its own talent base at home. It won't be just the US with its 'America First' strategy that goes down this route, either.

The rise and convenience of smart technology has not been lost on aerospace software engineers. Expect the software systems of 2019 to be much more intuitive and user-friendly for pilots and technicians. New software will resemble the interface and intuitive structure of smartphone and tablet apps rather than traditional software. Many of you will have seen commercial pilots using tablets in the cockpit to augment the main aircraft systems, increasingly, these functions will migrate to the main aircraft systems.

Although many NATO countries have hitherto spent less than 2% of their GDP on defence budgets, most experts agree that defence spending overall will go up. Led by the international superpowers, especially the US where billions more dollars will be spent in military aviation by the government, the sector will see plenty more expenditure in the months and years to come – good news for companies dependent on defence tenders.

5) The OEM Market Will Rise

Given the buoyant nature of the industry, OEM manufacturers are expected to do well in the coming year. The after-market for aerospace parts and system assemblies will continue to grow healthily – just as it has done for the last couple of years.

Do you have system requirements that you need to discuss with a high-quality, ISO9001 accredited business with 30 years of experience in the sector? Drop us a line for a chat or a quotation.