How Might Brexit Affect The Aerospace Industry In Europe And The UK? 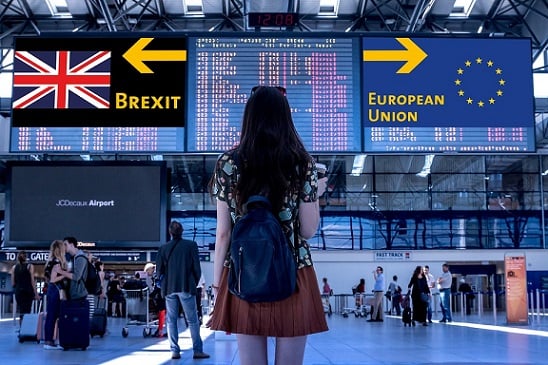 In February 2019, it is hard to predict the changes that the UK exiting the European Union will bring. If the UK's plan to get out of key EU institutions – notably the common market and the customs union – go ahead in March 2019, then one thing is beyond doubt: the UK's aerospace industry will change shape dramatically in the years to come.

This could be said of any technology sector, of course, but the aerospace industry requires so much more attention, largely because it is more integrated into the world economic system than many others. What will happen to European supply chains in a post-Brexit scenario?

The Transition And Implementation Phase

The UK government has proposed a plan to keep things the way they are for a 24-month period from March 2019. It has negotiated a deal that will see a two-year implementation phase that will allow the UK to negotiate its future trading relationship with the EU. Only after March 2021, therefore, will significant changes actually occur. The trouble is whether this transitional phase, under which new strategic plans can be made by aerospace companies both in Europe and the UK, will ever come to pass.

On the working assumption that the two-year implementation phase – or something very like it – is ratified by the UK's government and the remaining 27 EU countries, planning for change will be a high priority for all. It is possible, of course, that the sector's integrated position across national borders will be seen as a special one where unique arrangements will apply. How this will pan out is certainly unknown and few in the sector would like to be seen as crystal ball gazing. That said, investment decisions that need to be made soon may be put off until negotiations on the future trading relationships look to be progressing. The delay of investment decisions is already having an impact on the sector and what most businesses want to see is further progress.

Although Brexit is a political project, it has far reaching potential economic consequences. These economic benefits and drawbacks are currently only speculative, but will alter as the project is delivered (or not). For those working in aerospace, the potential introduction of WTO border tariffs may slow supply down and make certain operations between the UK and the EU too expensive to continue – although WTO tariffs do not hinder supply chains with other non-EU countries; notably the USA, Japan and China.

Then again, a new migration system may create easier access to non-European talent – a previous preference for EU-migrants heavily influenced the UK job market in recent years. A general economic downturn would mean fewer passenger numbers which may reduce demand in civil aviation, but this is a general risk of the world economy and not specifically linked to Brexit. Equally, a more global footing for the sector may come about but this is likely to be a long-term outcome that won't be felt immediately.

Planning for Brexit scenarios and want advice from industry leaders? Give us a call to speak with one of our advisers in confidence.